Protective is committed to improving the quality of life for the people in the places where we serve, live and work. In fact, serving people is one of the four values on which our company is built.

Through the Protective Life Foundation, we are able to work in partnership with other organizations, corporations and individuals to find solutions for some of the difficult human and economic situations in our communities. Each year, through financial contributions and volunteer hours, the Foundation reaches and actively serves hundreds of nonprofits, ultimately touching tens of thousands of people in need of help, support and encouragement.

We are proud to share the stories of just a few of those organizations here. Keep reading to see how these six Birmingham organizations are making life better for the community and for the people they serve.

Special Equestrians, a therapeutic horseback riding program in Indian Springs, Alabama, helps people “one stride at a time” – and it’s a big stride. The program uses the unique qualities of horses – their physical movement, their personalities and nature – to help children with disabilities gain strength, confidence and independence.

“Just by sitting on a horse and walking, they’re building strength, loosening up muscles that may be too tight, and gaining coordination,” said Executive Director Kathleen Claybrook. “The rhythm of the horse is beneficial to riders with Autism Spectrum Disorder. The steady, rhythmic stride of the horse helps them process and focus on incoming stimuli. For people who have difficulty with verbal communication, just a tug on the reins or a squeeze of their legs can tell the horse where they want to go.”

The children’s victories often seem small but represent huge accomplishments – a girl who was terrified of animals and can now feed a horse from the palm of her hand, a young boy who gained the independence to ride without a side-walker, a boy who was finally able to put a horse show trophy on the mantle next to his brother’s baseball trophies.

“It’s mind-boggling to see that happen,” Claybrook said. “And it’s all because of our horses.”

“It’s great to have a company like Protective,” Claybrook said. “It’s really beneficial to have those relationships that support us year after year and give us security.”

The Hope Institute is driven by the belief that education is about more than math and English. School is also a place to learn about character, ethics, resilience and integrity. Founded in 2016 by Liz Huntley and Drayton Nabers, Jr. – president and CEO of Protective Life from 1992 to 2001 – the institute works with schools to incorporate character education into their curriculum and culture.

The institute currently helps 43 schools through its Hope Academy, which provides lectures, exercises and resource materials, as well as an on-site presence to support each school as it establishes a culture of character.

“They’re already seeing successes in their schools,” said Huntley, the institute’s president and CEO. “Nobody’s teaching anything different. It’s the environment that’s motivating kids to learn, work hard, be goal-driven and have hope.”

Huntley calls herself “an attorney by trade and an advocate by triumph.” Her early childhood was defined by poverty, violence and abuse, and she said education was her source of hope.

Protective Life’s relationship with the Hope Institute has extended beyond the founder – its three-year commitment sponsors the Academy entirely, providing stability while the institute works to grow.“ That was the gift Protective gave us – they gave us the sustainability to be able to prove the work,” Huntley says.

PreSchool Partners is about to celebrate its 25th year helping underserved children get a strong start to their educational journey. Children ages 2 to 4 get a full school day of structured education in small classes with dedicated, highly qualified teachers. And parents get an education, too – weekly classes on subjects ranging from family literacy to time management to help them create a home environment in which their child can thrive.

“Every child is built with the capability and capacity to learn,” said Director of Development Stephanie Pressley, “but lack of exposure to language, to quality childcare, to peer modeling, can get in the way. We help bridge the opportunity gap.”

PreSchool Partners serves 204 people – 102 students and 102 parents. But the benefits of the program go further than that. “We knew this would be good for the kids. We didn’t even think about the benefits to the community,” Pressley said. Parents share their newfound knowledge with friends, and the relationships they build among themselves can be life-changing. And the children enter school with the academic and emotional foundation they’ll need to succeed. “We can show positive long-term results,” said Executive Director Lella Carl Hamiter. “You can see it in the faces of the children.”

“Without Protective’s support, we couldn’t do this,” Hamiter said. Protective’s support allows PreSchool Partners to charge parents just $100 per month – about $600 less than the cost of the program. Long-term investors like Protective are key to our success,” Pressley said.

Magic City Woodworks produces beautifully crafted products from furniture to cutting boards in a bustling workshop in downtown Birmingham. But that metal and wood is “just a medium,” said founder Lawrence Sheffield. “Our success is to help young men find their future.”

Sheffield knows what it’s like to feel aimless and without a purpose in life. An enthusiastic entrepreneur but a poor student, he graduated from high school with a 1.9 GPA, no plans for college and no real career mentor to help him find direction. He worked as a firefighter, but “I was always drawn back to the ‘1.9 guys,’” he said.
Spending time in the community, he encountered young men who couldn’t find jobs and didn’t really have expectations of success. Sheffield started the program in his garage in 2013. Since then, it has served dozens of men, offering a paid apprenticeship, education and mentoring.

“I started Magic City Woodworks to help men bridge the gap between unemployment and meaningful employment,” Sheffield said. Alumni of the program have gone on to careers ranging from woodworking to software development. “True vocation is connecting talent to purpose,” he said. “Our success is helping young men find their future.”

Protective Life has supported Magic City Woodworks in two ways: making an investment to improve its 12,000-square-foot workshop and lumber yard, and contracting with Sheffield’s team to build tables and shelves for the redesigned company cafeteria space.

Cleaning up habitats and advocating for environmentally friendly policies is part of what the Freshwater Land Trust does – but it’s only part. As a private land trust, the organization works with landowners to see natural lands preserved and maintained. Since 1996, the trust has protected more than 12,000 acres, promoting clean water, healthy ecosystems and natural beauty.

That work is particularly important in Alabama, where there are limited public dollars available for land conservation. “It’s important to have private conservation as part of our toolkit as a community, to preserve places that matter for people and to keep the integrity of the area,” said Conservation Director Elizabeth Sims.

“Alabama is fourth in the country for diversity of wildlife,” said Stewardship Director Jeffrey Drummond. “And people look at Alabama and see that about 80% is forested land, but they don’t realize a lot of it is unhealthy forested land.” Even sustainable timber harvesting can contribute to keeping forests healthy, he said, which is where education and conservation come into play.

“When you conserve land through the Freshwater Land Trust, it’s held in perpetuity, and those conservation values will be maintained through good stewardship and management,” Sims said. “The difference we’re making is permanent.”

Protective Life’s long relationship with the Freshwater Land Trust has included financial support, representation on the trust’s board of directors and even volunteer work.

“We rely so much on that partnership to provide us the opportunity to plan, have available funding, and go after our greatest needs,” Sims says.

Protective Life has been a longtime financial supporter of Big Brothers Big Sisters of Greater Birmingham, but it also offers something even more valuable than money: time. Since 2009, Protective’s partnership with the program has paired up employees (“Bigs”) with local middle-school students (“Littles”) who could benefit from their support and guidance.

“I love it every time I see my Little,” said Business Systems Analyst Rajen Shah, who’s been participating in the program for six years now. He talks “about school, and things that bother him,” he said, and Shah’s gotten to watch the boy grow and mature. “To talk with him, to watch him gain self-esteem and self-worth, that’s rewarding to see.”

Shah has always been involved in the community and committed to volunteerism, and when he first learned about Protective’s dedication to service, “I was jubilant,” Shah said. “I was so excited to find an opportunity to do more.”

In 2018, Protective launched a program that brings 14 Littles to the Protective offices once a month, sometimes for a group activity but more often for one-on-one time between Bigs and Littles.

For Tax Director Sherrie Thomas-Jones, the program is an opportunity to give back in a way she hadn’t been able to before, with work and family obligations not leaving her a lot of free time. “With this, Protective gives me the time to help someone on a personal level,” she said. She is able to be her Little’s confidant, mentor and friend. “I love taking a break in my day in corporate America to spend an hour with my Little in her world,” she said.

Protective’s support with Big Brothers Big Sisters goes back 25 years. The employees have always had the heart to share their lives with these students; initiating the worksite-based program just made it easier.

At Protective, we are grateful for our many blessings and the opportunity to share those blessings by investing in our community. It is an honor and privilege to be able to convey that gratitude through our support of so many incredible organizations and community-wide initiatives in Birmingham and beyond. Visit protective.com to learn more about the Protective Life Foundation. 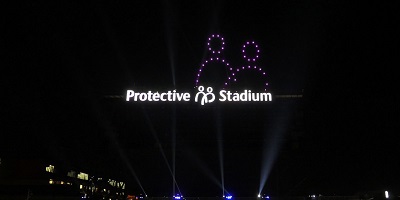 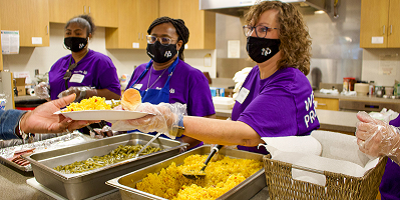 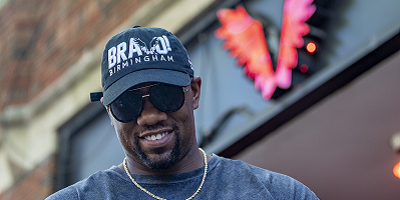